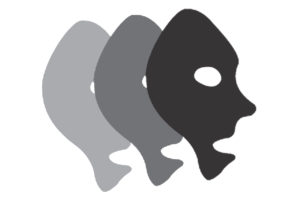 Some ideas are long overdue. For years, San Miguel has had two separate and largely segregated theater communities, one for English-speaking and another for Spanish-speaking theatergoers. Now, however, La Troupe, the city’s first-ever truly bilingual theater company, is about to launch. La Troupe has equipped the San Miguel Playhouse with high-end equipment to display English supertitles, the kind used at many opera houses. The company will present plays in Spanish, using professional Latin American talent, but the supertitles will make those plays entirely accessible to English-speaking theatergoers. For its first production, to run between August 17 and August 27, La Troupe has symbolically chosen a monument of North American drama, Eugene O’Neill’s Long Day’s Journey Into Night.

La Troupe is the joint venture of Mexican and expatriate theater professionals and enthusiasts, and it has both a mission and a vision. Its mission is to present the finest theatrical works at a level of professionalism rarely seen in a city as small as San Miguel. Its vision is to use the magic of live theater, perhaps the most communal of all art forms, to unite people of different cultures. As Marcela Brondo, La Troupe’s creative director, puts it, “On the northern border, a wall is built to separate us. Here we build a cultural bridge between our communities. It makes a difference.”

It also makes sense to use the theater in this way, since the best plays are built on universal themes that speak to people of all cultures. O’Neill’s classic drama, which playwright Tony Kushner (Angels in America) calls “the greatest play ever written by an American,” is a perfect example. Long Day’s Journey Into Night takes place at a Connecticut home in a single day in the summer of 1912, from 8 in the morning to midnight, and it is a largely biographical depiction of O’Neill’s own Irish-American family. Yet, in many ways, it is about all families. It is a story of guilt and blame, but ultimately of understanding and forgiveness. The play’s power to move audiences is considerable. When the curtain fell at the end of the play’s Broadway debut in November 1956, the audience responded with nearly a full minute of stunned silence, followed by thunderous bravos.

Despite the play’s stature, productions of O’Neill’s masterpiece are relatively infrequent, because of the tremendous demands placed upon the actors. It is too challenging for most community theater groups to mount. La Troupe’s Spanish-language production, entitled Largo Viaje Hacia La Noche, is being directed by Julián Tabche, a top theater professional from Mexico City, and a noted disciple of theatrical legend Ludwik Margules. Tabche has assembled a superb cast of Mexican and Venezuelan actors, along with North American-born Tanya Huntington, an actress with a Ph.D. in Latin American literature, in the challenging role of Mary Tyrone.

The target audience for this and future La Troupe productions will extend outside of San Miguel. The company is currently reaching out to institutions of learning – including high schools, colleges, and language schools – in Guanajuato, Queretaro, Celaya, and Mexico City – with the intention of drawing students and educators.

The company’s immediate goal is to make its debut production a palpable success, and then to present two full productions a year, and provide workshops to help train a future generation of Spanish-speaking theater professionals. In the process, La Troupe will register as a Mexican A.C. (Asociacion Civil).

When San Miguel was awarded Unesco World Heritage status nearly a decade ago, one of the main criteria for the award was the city’s historic “interchange of human values,” and its past role “as a melting pot where Spaniards, Creoles and Amerindians exchanged cultural influences.” The time has come for that cultural exchange to extend itself to Latin Americans and North Americans in Mexico, and La Troupe hopes to play its part in that endeavor.